From the Game Room to the Classroom: How Esports Can Prepare Students for Career Success 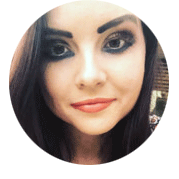 While the industry has certainly evolved over the past several decades, the most significant shift has been the inclusion of video gaming in classrooms.

The meteoric rise of competitive video gaming, or esports, has increased in popularity in school settings. Esports viewership has grown exponentially since the mid-2010s, to an audience of nearly half a billion today. Platforms like Twitch and YouTube make it easy for fans to watch live coverage of events, much like traditional sports enthusiasts do with their favorite teams. Esports competitions are major revenue drivers for many industries, and educators are taking note. Some universities offer scholarships to top players, and esports leagues are popping up in middle and high schools across North America in response to the growing demand.

While esports is trendy, it’s critical to consider the value a club or class can bring to your school and how it can help prepare students for college and career success.

Esports Benefits In The Classroom

Traditional sports, like football and basketball, have been a mainstay in high schools and colleges as far back as the late 1800s.(1) The benefits of playing sports are numerous. Student-athletes tend to demonstrate more leadership and time management skills than their non-athlete peers, giving them a competitive edge in their future careers.(2)

Students who participate in esports reap similar advantages. Like on a traditional sports team, being part of an esports program helps them develop collaboration skills and builds a sense of camaraderie. Studies show that kids involved in extracurricular activities have higher attendance and graduation rates, are more likely to pay attention in class and engage in fewer harmful behaviors like drinking or smoking than those who don’t participate in clubs or sports.

Unlike traditional sports, esports tends to be more inclusive. Students who don’t excel at the competitive aspect of esports can still participate in other ways, such as maintaining the gaming software and hardware or streaming the games. Kids don’t have to be the brightest in their class to learn the valuable skills that come with playing esports, including:

The experience students gain from being involved in esports can also help them succeed in the working world. Esports is becoming a viable career path, with top players earning millions per year from competitions.(3)

However, students don’t have to become professional players to utilize the skills they learned from esports. Employers in industries from information technology to broadcasting and beyond are looking for employees who have experience working with hardware and software and can collaborate well with others; just a few of the strengths that esports players bring to the table.

Esports: A Recipe For Student Success

High school, and even middle school, can serve as the proving ground for students interested in esports-related careers and help them explore job options that may not exist today but will be crucial in an increasingly digital world.

Ready to help students develop college-and-career-readiness skills in a fun and engaging fashion?

Discover the essentials for building an esports program that can prepare students for success in the classroom and beyond.